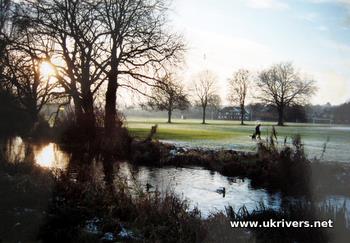 Want to get involved with a local river restoration project... support a national group working on water pollution issues... promote your local river protection group? This is the place to do it!

We think there are something like 150 or so community groups working to protect and conserve our rivers, lakes, ponds, and inland waters. Most of them are local community organizations dedicated to protecting, restoring, or celebrating their waterways; some of the national groups have wider environmental objectives, but also support local projects. We painstakingly compiled this list in 2001 from many different sources but, although we've updated it regularly ever since, there may still be quite a few out-of-date contacts on here—and quite a few missing groups too. We'd really appreciate your help in keeping this page up-to-date, so please tell us of any other groups you know about by posting a message on our Facebook page.

Can't find a group near you? Why not start your own campaign, group, or river project? Check out our beginner's guide: Adopting a river: How to get out get dirty, and make a difference.

Please be aware that this is not a list of our "members" or "supporters" (the UK Rivers Network does not have either members or supporters); this is simply a helpful directory we've compiled. Inclusion on this page does not imply that a group is linked in any way with or supports the aims of the UK Rivers Network, or vice versa.

Some of these groups are marked with green dots on the map below.

You can find your local group on our map or, if you prefer, by browsing through the list underneath. There are a few inconsistencies between the map and the list (which we'll get round to fixing eventually), but it's broadly the same information in both places. It's hard to fit so many points on a map the size of a computer screen so individual groups are positioned roughly in the right place rather than exactly.

Where a group has its own website, you'll be able to click the appropriate point on the map for more information. If you're browsing the map on a mobile, you'll find it hard to click on the points. Please check out the full-sized map next time you're on a full-sized computer and, in the meantime, use the list of groups below.

Blue dots are small community groups run by volunteers and work to protect, restore, clean, or celebrate particular rivers, ponds, or other inland waters. Quite a few are registered charities and members of The Rivers Trust. These groups always welcome new members and most are involved in practical conservation work.

Red dots show the county Wildlife Trust for each area. The Wildlife Trusts do lots of hands-on conservation work on rivers and wetlands (and much more besides) and also organize river walks, talks, and other events worth looking out for. The Trusts operate across large areas (sometimes two or even three counties), not just the places indicated by the red markers (which simply show each Trust's HQ). Some Trusts have active local branches you can join and it's a great idea to become a supporter or friend of your local trust to help fund its work.

Green dots show other groups of interest (mainly national groups working on rivers, ponds, pollution, and related issues). They tend to be more active on policy and campaigning, with less of an emphasis on hands-on, front-line conservation work.

Most of these groups are marked with blue dots on the map.

The Wildlife Trusts are perhaps the best place to start if you want to find out about hands-on conservation in your local area. Generally, there's one trust covering each county (though some cover two or three neighbouring counties or larger areas). The Wildlife Trusts are marked with red dots on the map up above.

Other community projects and groups

Other community-based groups are also helping the environment:

What can we learn from other river groups around the world? Take a look at some of the worldwide river groups on the Rivers and Streams page of the Open Directory Project.