You are here: Home page 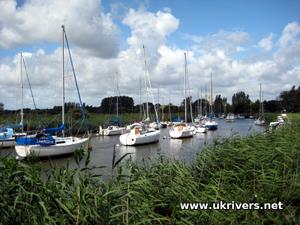 The world's rivers have never been under so much stress.

Even in the UK and Ireland, rivers are under huge pressure from water extraction ("abstraction"), climate change, pollution, and other human activities.

The UK Rivers Network brings people together to create a better future for rivers and inland waters in the UK and Ireland.

It's really easy to get involved in helping your local river. Here are five simple things you can do:

Find out about festivals, talks, voluntary river clean-ups, and other events. Tell me more.

Enjoy your river with a walk or cycle ride. Tell me more.

Help people who are campaigning for rivers, lakes, and inland waterways. Tell me more.

We've been bringing you the latest UK river and environment news for well over a decade! Tell me more.

Find out more about rivers, fishing, water, and pollution. Tell me more.

Here are some new things on our website and elsewhere... 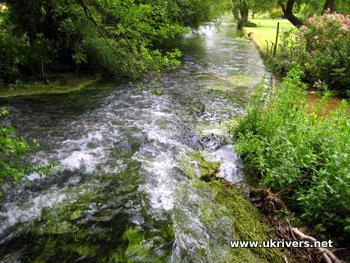 You can search for even newer news items yourself on our news page, where you can also find older news stories going all the way back to 1995.

The River Test at Mottisfont, Hampshire in summer.

Sat, 5 Mar 2013: Back later!—with luck! The UK Rivers Network is currently on an indefinite hiatus while we work on developing some new campaigns.

Wed, 27 Feb 2013: Exit strategy for the Exe Strategy: It's your last chance to catch and comment on the propsoed Exe Strategy in a series of public consultations around Exeter.

Mon, 25 Feb 2013: Exploring the rivers of Dorset: Colin Varndell has a great photo feature in this month's Dorset Life magazine.

Wed, 20 Feb 2013: Would you swim in China's polluted rivers?: Clifford Coonan investigates for The Independent. But it's always worth remembering (when you read stories like this) that a significant proportion of China's pollution is outsourced from the West. Our rivers are cleaner partly because China's rivers are dirtier. How do we feel about that?

Tue, 19 Feb 2013: SAS spring beach cleans spring forth!: Surfers Against Sewage have (count them) 45 beach cleans all over the UK from the end of March, everywhere from the Orkneys to the Isle of Wight.