You are here: Home page > River walks and cycle rides 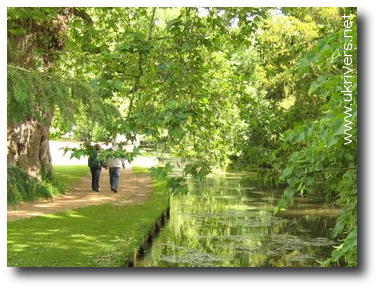 Everyone knows that rivers and canals make great places for a walk or a cycle, but sometimes we need a bit of prompting to get away from the TV and explore. That's the thinking behind our handy new page of riverside walks and cycle rides! If you love wandering with the water, you'll find ideas for over 100 walks and rides you can try.

If you prefer to walk with other people, you'll find that many of the groups featured on our network page organize regular river walks. You'll also find a number of forthcoming walks listed on our events page.

Sites that contain many different walks are marked with three asterisks, like this ***

Help us improve this page!

This page is a guide, not an encyclopedia, and it's very much a work in progress. We know there are hundreds more river walks and cycles we could add. If you'd like to suggest others, please post details on our Facebook page.

Many of the "walks" described here are also suitable for cyclists. There are some longer routes listed below specifically for cyclists or more ambitious walkers.

South of England and London

West and South West of England

Generally speaking, wherever you can walk you can cycle just as easily so the pages up above should give you plenty of ideas for cycle rides. In addition, here are some pages devoted more directly to cyclists and typically covering longer and more ambitious routes than the pages aimed at walkers.

South of England and London

West and South West of England