You are here: Home page > Education > Finding out about water pollution

Finding out about water pollution 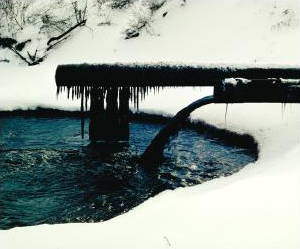 Please note that this page is now archived. A number of the links are broken and we are very unlikely to revisit or update them. However, you can always track down an old page by copying its name into a search engine and looking for its new location.

The world's oceans and rivers have never been under more pressure from pollution. This handy list of information sources points you to books, articles, and websites that tell you what the problems are, how they're caused, and how we can attempt to solve them. There are thousands of web pages about pollution and this is not a complete list. But it'll give you a good start in finding out about most of the issues involved.

Have you read this Introduction to water pollution page? If not, you might like to start there.

Looking for pictures? We have a whole page of pollution photos.

Contents: What you can find on this page

A lot of the information on this page is quite detailed scientific stuff. If you're doing a project for school, you might not have time to work through all these zillions of links. We suggest you take a look at the links below - you will probably find everything you need for your project right here!

For other kinds of information about water (e.g. groundwater, wetlands, aquifers, wastewater), look at the DMOZ/ODP site on Water Resources. (The section on Education contains about 50 websites with water education activities, interactive games, factsheets, teaching materials, and more.)

If you're doing a water pollution project for school or college, you probably want some pictures to go with it? You might like to start with our own page of pollution photos, which (as far as we can tell) are all copyright free and in the public domain (so you can use them without worrying). Also try the following sites. These should also be mostly public domain images since they're federal government agencies.

Decommissioning of oil platforms and structures